Coming into our final week here in NYC, we made a point of finishing out the last items on our Must See list!  Keller had Monday off for Labor Day and then he took the rest of the week off.  We would be hitting the ground running when we returned to Texas, so this was our final chance to enjoy New York and soak it all in.

Sunday September 6th — Today we stopped at the TKTS booth (one last time!) for two tickets to see Blue Man Group.  From there we explored the Chelsea Market which had a really neat wishing well fountain and a tunnel of lights the kids loved seeing.  We got lunch at Rana (a bit expensive and not very impressive, though the squid ink pasta was interesting). 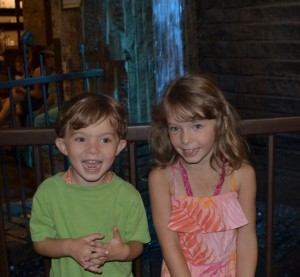 The rest of the afternoon was spent at the apartment before Keller and Kamy left for dinner and a show.  They hadn’t done a Daddy-Kamy date in months, so Kamy was very excited to get some one-on-one time with Daddy.  They went to the 5pm Blue Man Group show which Kamy really enjoyed.  They had front row tickets and really got up close!  Kamy was even given the splatter painting that was created during the show.  It now hangs on the wall in her room.  =)  They grabbed burgers at Mark for dinner after the show too.

While they were busy, Caden and I got frozen yogurt in Astoria at Vanilla Sky.  He picked three different flavors and topped it with gummy worms and chocolate chips.  I guess those go together?  He was happy.  On the walk back to the apartment, there was a NYFD fire truck parked on the side of the street.  The firefighters had stopped at the Baskin Robbins for food, so we walked over and looked at the fire truck.  The firefighters weren’t in a hurry and asked if Caden wanted to climb into the truck.  He thought it was so cool and really high up!  They let him put on real equipment too — the coat and fire hat. 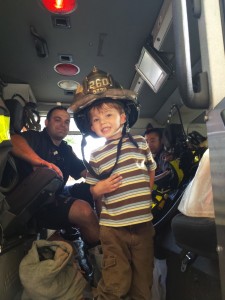 Monday September 7th — For lunch we went to EnThaice.  The food was excellent and Keller was a really big fan of the red curry dish.  We stumbled across a Labor Day street fair on 30th Avenue in Astoria and spent a good hour wandering around the stalls and food vendors.  Keller bought Kamy a little pink and black bracelet (that she hasn’t lost yet!), but otherwise we just looked.  We also went to Fresk O for frozen yogurt as dessert.  On the way home we stopped to let the kids run out some energy at the Queensview playground.

Tuesday September 8th — I really wanted to go back to Juliana’s, so we went back down to Brooklyn at lunch.  It was my favorite restaurant over our entire stay and I appreciated Keller humoring me again and returning one last time. 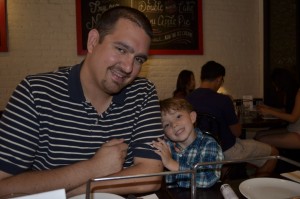 Kamy’s ultimate goal for NYC was the ride all the carousels in the city, so we headed to Manhattan to the Chelsea Piers and Pier 62.  Kamy really liked the whimsical carousel and was very happy to get to ride the Butterfly Unicorn.  Daddy had to be on a phone call for a bit, so the kids and I went to a playground while we waited.  Otherwise, we took the rest of the afternoon to wrap up our last errands, ran another load of laundry, and returned all the books to the library. 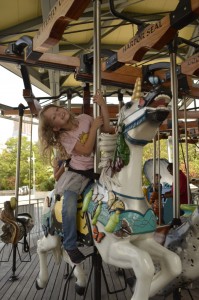 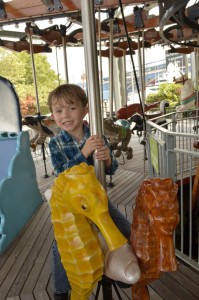 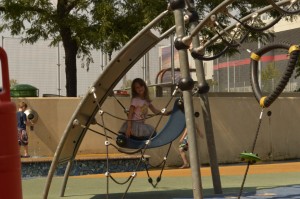 Wednesday September 9th — As our last full day in NYC, we decided to return to the Bronx Zoo.  Keller had only been once and especially wanted to see the “best” of the zoo and the Congo exhibit.  The kids loved navigating and showing Daddy where everything was, plus there was another Zoo Quest activity to complete.  We saw the Madagascar building, the sea lions, and the Congo.  The gorillas were active and right up next to the glass, so we could really appreciate the wonderful creatures they are. 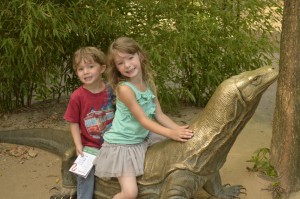 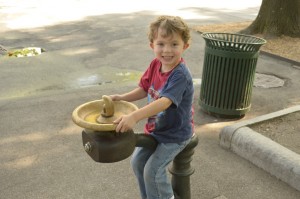 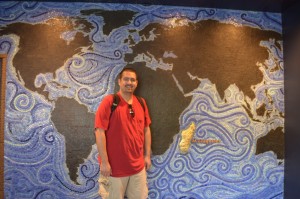 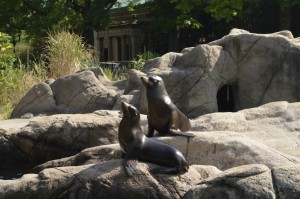 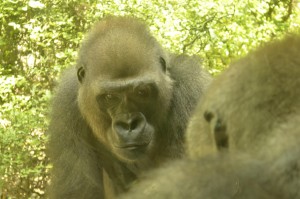 On the way out, we rode the Bug Carousel one last time and stopped at the gift shop for souvenirs.  Kamy picked out a Fennec fox she named Jewel, Caden chose a blue snake he named Sparkle, and Keller got a little gorilla who lives in his office.  The kids also each got a t shirt from the zoo. 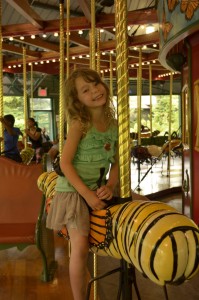 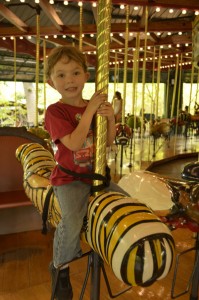 Otherwise, we ate lunch in the Bronx’s Little Italty at Antonio’s Trattoria before heading back to the apartment to pack up!  It was almost time to go home to Texas! 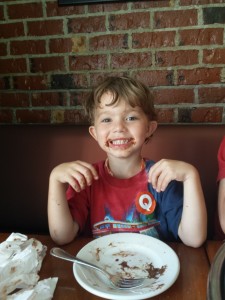 Thursday September 10th — First thing in the morning we walked down the street and got breakfast at Lots O Bagels for breakfast!  We even picked up some bagels to bring home to Granpops. 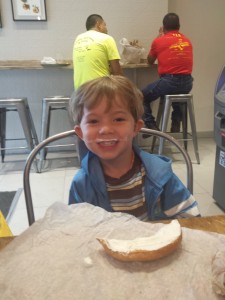 We used Uber to get to LGA, got through security with no problems and boarded the plane.  For whatever reason, the front row on the plane was still vacant when we boarded, so all four of us ended up with bulkhead seats!  Unfortunately it means you can’t have your bag down by your feet, but it did give us more room.  Also unfortunately, we had issues getting in the air — a combination of a delay from unloading currency on the previous flight, to rainy weather that temporarily closed the runway we were slated to take off from, to getting bumped down the take off queue when the runway did reopen.  We did finally get in the air two hours late, but the kids were troopers and did great.  Granpops picked us up from the airport and we stayed with him that evening.

Friday September 11th — The next morning, we dropped the kids off at Min’s house and drove to OUR NEW HOUSE!  We met the movers that evening and managed to get our two storage units relocated to our new home late late that night.  We were so excited to start unpacking and making this our home — where the kids will grow up and remember … where we have enough room for family and friends to come and stay with us comfortably and not have to rush out … where we can make our new memories.  We are glad to be in Flint! 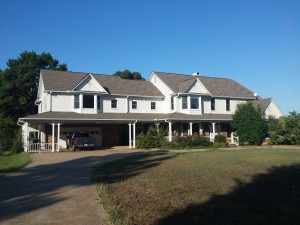 Kamy will tell you her favorite part of the trip was riding all the carousels.  We managed to ride seven different carousels and only missed the one by the Prospect Park Zoo because it was closed the day we were down there.

Caden’s favorite thing was riding the subway!  He was so funny about the subway and loved to ride it everywhere.  Both kids would put their toes on the yellow line, lean over, and watch for the subways to come.  About two weeks into our trip Caden created his “Masterpiece,” a pose he strikes when the subway pulls into the station.  It was so cute and adorable and precious!  We finally managed to get it on video to remember it.  Caden is such a joy to be around!

So that was the last bit of our NYC trip!  Kamy and Caden make traveling as easy as it can be with little kids and we are so appreciative for their attitudes and flexibility.  It allows us to do some really special trips … like New York City!